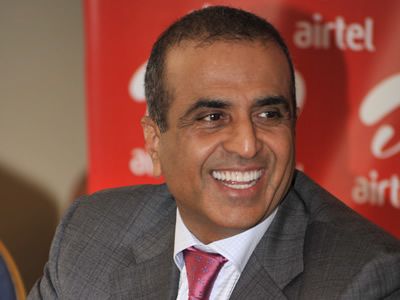 Airtel Nigeria has announced the kick-off of the second phase of Airtel One Mic, a music talent-hunt by the telecoms company to discover talents in Nigerian tertiary institutions.

The music talent hunt is to take place in 12 tertiary institutions across four geographical regions Nigeria.

Airtel says the initiative is aims to discover and promote musical talent from tertiary institutions in Nigeria.

According to Airtel, popular Nigerian artistes and music producers such as ID Cabasa, Reminisce, Black Magic, Jesse Jagz, DJ Jamalot, Patoranking, Ill Bliss, Mastercraft and Phyno have been lined up to mentor the contestants and also act as judges in the competition. An all-star song and musical video by the winners and artistes will also be produced at the end of the competition. The Intra-campus contest is expected to hold in 12 tertiary institutions and will feature two contestants from each school.

The six winners who eventually emerge from each region will be rewarded with opportunities to produce a music track with a popular Nigerian music producer and DJ and a final contest among the representatives will be held to produce an overall winner who will be presented with the grand prize of a brand new Kia Picanto car.

Segun Ogunsanya, Chief Executive Officer and Managing Director of Airtel Nigeria described the project as one of the unique ways through which Airtel continues to discover and empower talents in Nigeria.

According to him, “the stable of Airtel Nigeria is replete with quality initiatives designed to support the dreams and aspirations of the Nigerian youth, be it male or female. At Airtel, we believe that this unparalleled platform will facilitate the dreams and ambition of our youths in various institutions who have deep interest in music and entertainment,” he said.