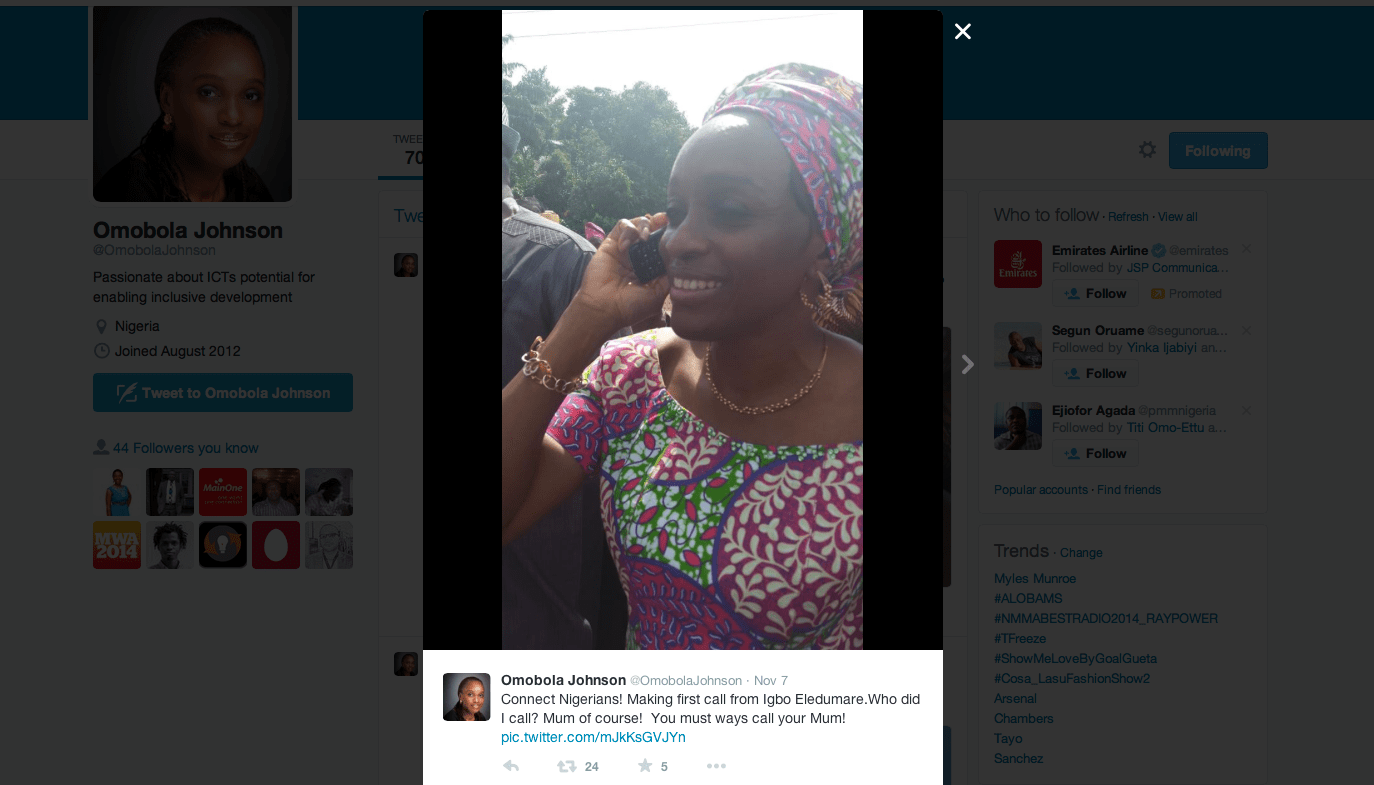 ESET: 'With Daily Cybercrime Threat, No One is Immune'

Why is photography important? Let’s answer the million-dollar question

No fewer than 664,500 resident in the Igbo Olodumare community of Ondo state  have been connected to telephony services with subsidies provided by the Universal Service Provision Fund (USPF), the Ministry of Communication Technology has said.

Dr Omobola Johnson, Minister of Communication Technology dropped the hint when she commissioned one of the several Base Transceiver Stations (BTS) deployed across the South West region of the country.

As a result, 111 communities with an estimated population of 664,500 people hitherto without communication were connected to telephony services, the CommTech Minister said.

Dr Johnson reiterated the Federal Government’s commitment in ensuring that ‘unserved and underserved communities in Nigeria are connected to ICT services’ during the formal inauguration of the project.

She disclosed that in the next implementation phase, the USPF plans to support the deployment of more than 200 BTS across the country where over 300 communities with an estimated population of I.65 million will have access to ICTs when the phase is completed.

Dr Johnson, who is the Chairman of USPF, also disclosed that the Fund is initiating various programes and projects to facilitate the deployment of ICT infrastructure and services which are designed to extend ICT and other telecoms services to people living in rural areas, where operators are unlikely to provide services.

Latest Market Information by the telecoms regulator reveals that  approximately  130 million mobile lines are active in Nigeria as at the end of August 2014 with  teledensity of over 91.15. Nigeria is ranked as the leading telecoms nation in Africa ahead of South Africa in terms of subscriber base.

Dr Johnson said that, while this contributes to the tremendous growth of the telecoms industry witnessed in the last decade, the Federal Government, as part of the transformation agenda, would not lose focus on an estimated 40 million Nigerians that still lack access to ICT services.

The Minister however thanked members of the communities where the BTSs are located for co-operating with the implementers during the deployment phase.

She urged the people to protect telecoms installations located in their communities as vandalism of such ICT infrastructure would result to lack of services, most of which are critical to business and every day activities

CommTech Minister to 63m Nigerians online: We will connect more

CommTech Minister: Nigeria to get $25b broadband windfall

We want to hear from you... Cancel reply

ESET: ‘With Daily Cybercrime Threat, No One is Immune’

Why is photography important? Let’s answer the million-dollar question

#TwitterBanInNigeria: The Third Party and the Third Sector

Arm’s length policy of Payment Services Banks in Nigeria: The need for clarity

Cybersecurity: President Buhari on ‘ensuring progressive internet use in Nigeria’

West Africa's biggest Data Centre from Main One to be ready by Q2 2014, CEO says