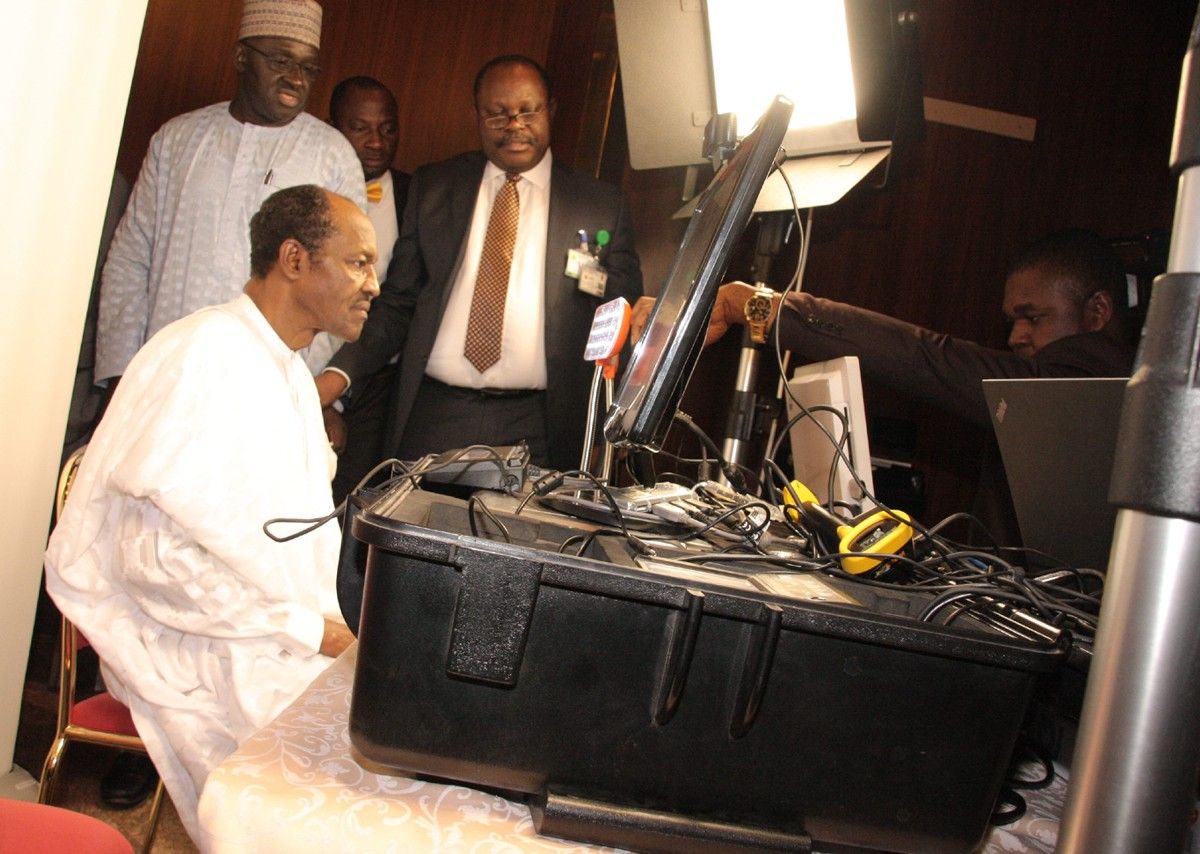 Nigerians Warned To Beef Up Phone Security Against Iranian Hackers

The Nigeria government says it has tied a partnership with World Bank, European Union (EU) and Agence Française de Développement (AFD)  under plans to capture 50 million more Nigerian into the National Identification Number (NIN) system by end of 2018.

Under the partnership deal, the NIMC boss says the ecosystem will be solely funded by the World Bank, European Union (EU) and French developmental agency, Agence Française de Développement (AFD).

The new Identity Ecosystem starting from June 2018 ”is a sustainable system where any of the data collecting Government agencies or licensed private agency can enroll and capture data from Citizens and legal residents and send to the NIMC backend”, the NIMC chief says.

President Muhammadu Buhari on 21st December 2015 gave a directive for all Government agencies collecting demographic and biometric data of citizens and legal residents, to harmonize their data into a single database, to be housed and managed by NIMC.

Aziz says that “most of the agencies that collect data do so for their own unique functions but they are duplicating in the sense that the they are buying equipment for biometrics including the Automated Biometrics Identification System (ABIS), which checks all the finger prints, face and the iris to determine the person is unique and it is the most expensive part of the system.”

To prevent duplication of functions and curtail wastage, the Federal Government mandated NIMC to harmonize the data of all these agencies, in essence NIMC provides the foundational identity while they provide functional identity, he adds.

According to the NIMC CEO, “we came up with regulations that expand and are very clear that for every Government service you must provide a NIN and that it should be linked to civic registration (birth and death registration) to ensure retirement of the NIN to sweep out the dead in the database.”

NIMC is going to use neutral technology to ensure there is no vendor lockout in the system that usually happens with this type of project, he explains.

The database security was of utmost importance in the project, Aziz says noting that “we are building a trustworthy system with the legal, technical and security sectors to ensure there is data protection and privacy.”

National ID: Govt to capture ‘all Nigerians in Diaspora’

Nigeria’s National ID to be linked with phone records

No National ID, no land allocation in Abuja, Minister says

NIMC targets registration of 50m Nigerians by end of 2018

We want to hear from you... Cancel reply

Nigerians Warned To Beef Up Phone Security Against Iranian Hackers

#TwitterBanInNigeria: The Third Party and the Third Sector

Arm’s length policy of Payment Services Banks in Nigeria: The need for clarity

Cybersecurity: President Buhari on ‘ensuring progressive internet use in Nigeria’

That Zombie Order on NIN-SIM integration

CBN: Our position on cryptocurrency trading in Nigeria

How to pick up your National e-ID card